When a client asks her, “How can we make this happen?” Lisa Wooten doesn’t miss a beat. Take for example, Dave & Buster’s danglers. These marketing pieces are essential to promoting new specials at Dave & Buster’s across the country—whether it’s a martini glass for Happy Hour, half-price games or a new food item for the summer menu. Lisa and her team at Magna IV are responsible for thinking through all the logistics of creating and shipping the promotional danglers while also ensuring a cost-effective production process.

A few years back, Dave & Buster’s was running into a number of issues with its danglers. First, the estimated shipping costs were astronomical. Upon further review, Lisa discovered that the creative pieces Dave & Buster’s had designed were much too large for printing. It would take at least five boxes to ship them. So, Lisa suggested modifying the dangler’s initial design to make for easier packing. The problem was quickly resolved.

Dave & Buster’s then discovered a high percentage of their danglers were getting damaged by the carrier. They had to start from scratch on the entire process—putting additional stress on their store managers and adding to the company’s overall production costs. Lisa convened FedEx’s representative, Magna IV’s shipping department and the boxing company and together they created the z-pack. This soon became known as the “Fort Knox” of boxes. Limited Dave & Buster’s danglers have been damaged since.

Lisa and her team at Magna IV understand the value of communication and excellent customer service. Just like she and her team did with Dave & Buster’s danglers, Lisa is willing to adapt to each client’s needs so they not only receive high-quality products but also save time and money.

Lisa Wooten is the Account Executive for Dave & Buster’s 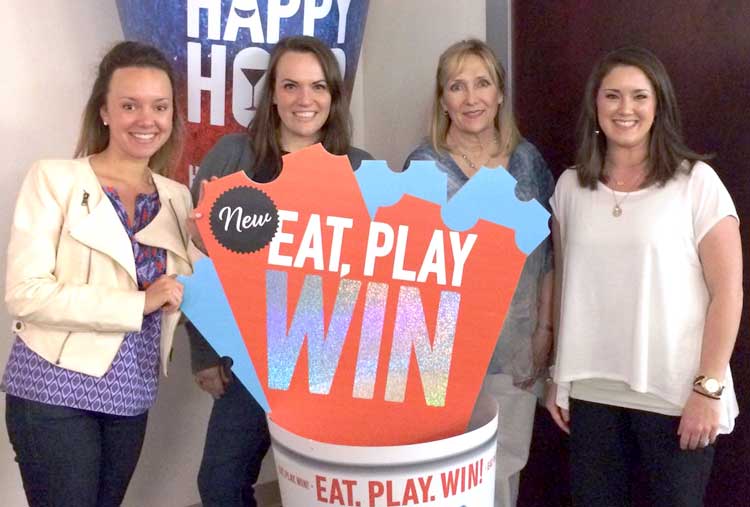 Dave & Buster’s in-store promotions danglers were expensive to ship and were getting damaged during shipping. Lisa Wooten and her Magna IV team found a creative solution that delivered results and savings on all fronts.